How much would I have to run to lose 20 kilograms?

In short, from my estimates, I would have to run 70-ish to 280-ish 5km runs, which would take me between half a year and a bit over two years. But my gut feeling is telling me that it would take me twice as long, say, between a year and four. 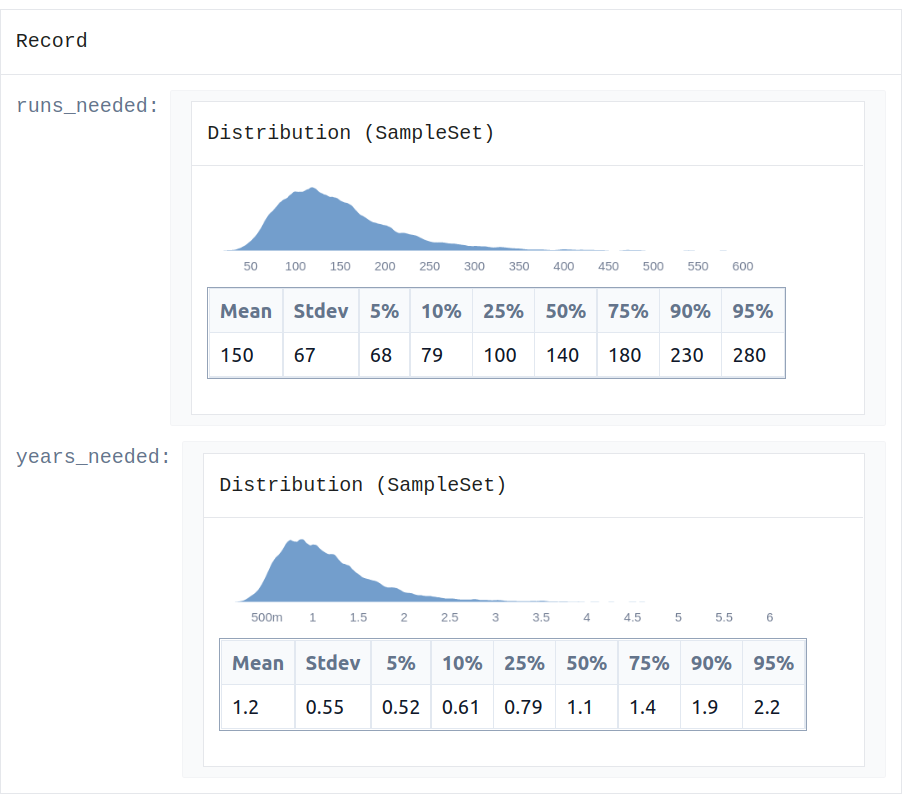 I came up with that estimate because was recently doing some exercise and I didn’t like the machine’s calorie loss calculations, so I rolled some calculations of my own, in Squiggle

So if I feed this calculation into squiggle this calculation tells me that I spent 1410 calories, as opposed to the 500-ish that I get from the machine, or similar quantities from random internet sites. The site linked even has a calculator, which is pretty wrong.

Anyways, I also want to add uncertainty, both because

This produces the following calorie estimates: 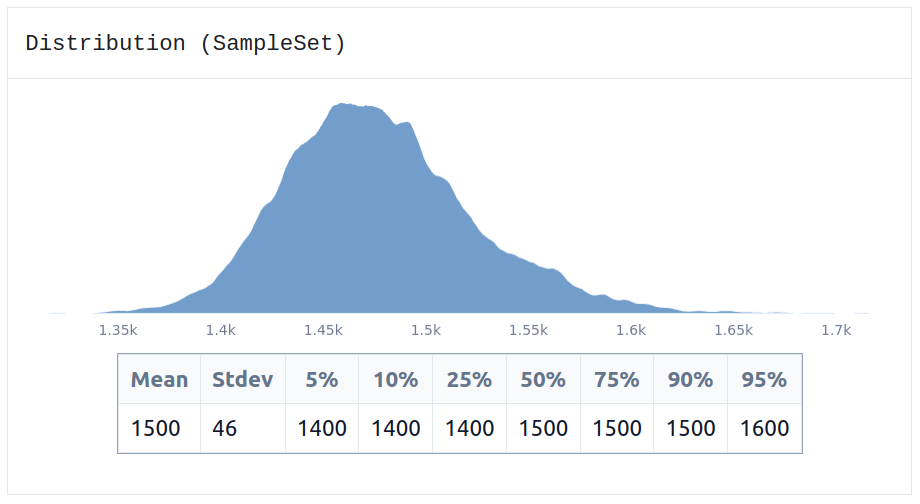 But I don’t just want to know the number of calories, I want to know how this relates to weight. This random hackernews comment mentions that 1kg of fat is 7700 calories, and the number is likewise spread across the internet, but I somehow don’t have that much confidence in it. After some searches on Google Scholar, I settle on “calories per kilogram of adipose tissue” as the key term I’m looking for, and I find this paper. The paper mentions that after an initial weight loss period, the body becomes more lethargic, which does intutively make sense. So because your body adapts to lower caloric consumption (or to higher energy expenditure), these calculations don’t really make sense directly.

Still, I think that they can establish a rough lower bound of how much exercise I would have to do. So, continuing with that model:

This produces the following output:

So I would have to run between 70-ish and 280-ish 5km run to loose 20kg, which would take me half a year to a bit over two years. And this is if the calorie conversion estimation method can be trusted. In practice, my gut feeling informed by the above is telling me that this is an underestimate, and that I would need somewhere between, say, one and four years to loose that weight, so I’m in for the long haul.

In conversations with people on Twitter and elsewhere, they bring up the following points: